With recent attentions placed on the rise in reported cases of sexual violence, domestic violence was almost a forgotten issue.

However the Special Victims Unit of the Royal Grenada Police Force (RGPF) this weekend took to the streets to highlight this sometime unreported act is still not acceptable.

The unit joined forces with the Criminal Investigation Department CID, the Ministry of Social Development and Housing, Her Majesty’s Prison and other stakeholders in an awareness march.

It began at the National Stadium car park and culminated at the Morne Rouge Playing Field.

“Walk in my Shoe” was the banner under which the SVU marched, calling for an end to the scourge of Domestic violence.

Statistics show that for 2018 alone there was one thousand and seventy reported cases of domestic violence incidences.

Of that number twenty percent was reported to the SVU within a three month period.

Superintendent Earl Dunbar Officer in charge of the Criminal Investigation department in reflecting the theme for police week 2019, which was ‘United we stand to fight against sexual abuse and violent crime, while promoting road safety and healthy style,” believes this walk is only one medium of getting the message out.

Assistant Commissioner of Police Jesmond Prince describes the activity as both Proactive and Reactive, since it speaks to the RGPFs’ strategic objective of a safer community.

“When we say reactive, we say reactive because the effects of domestic violence have affected us tremendously as a nation. It is happening and we cannot doubt it, we cannot deny it, we have to address it. So what you’re doing this evening is reactive, but its also proactive,” he told marchers.

People are encouraged to report any known case of domestic violence by dialing Police Hotline # 400, police emergency 911 or 444-1958.

Main sponsor for the walk was Republic bank. 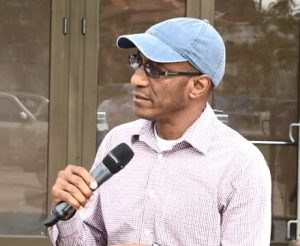 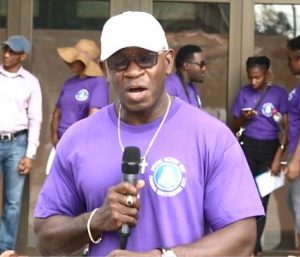 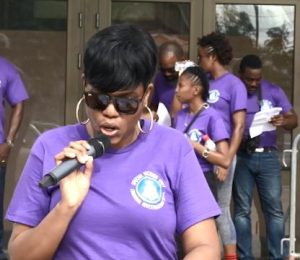 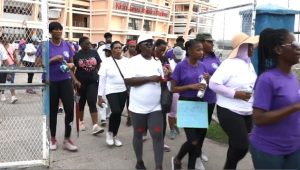