High commendation was given to the Royal Grenada Police Force by the Prime Minister and Minister for National Security, Dr. the right honourable Keith Mitchell.

The Prime Minister commended the positive image the force currently enjoys by other CARICOM member states.

Dr. Mitchell at the time  was addressing senior officers of the RGPF.

According to acting Police Commissioner, Edvin Martin the crime rate in Grenada is down by 6.2% over 2017 figures.

He also added that Grenada is not among eight CARICOM neighbors, which are included on the list of the top 25 countries in the world with the highest homicide rates.

Dr. Keith Mitchell said the recognition of Grenada’s success in crime-fighting has created a regional interest in recruiting police officers from Grenada, to strengthen their crime fighting efforts.

Prime Minister Mitchell underscored the importance of peace and stability in both internal and external confidence in any country.

The PM’s engagement with the senior RGPF officers dealt with many other issues including the status of plans for new headquarters; procurement of a vessel for the Coast Guard; a new mechanism for the promotion of officers; good leadership qualities and the need for officers to maintain good health through better lifestyle choices. 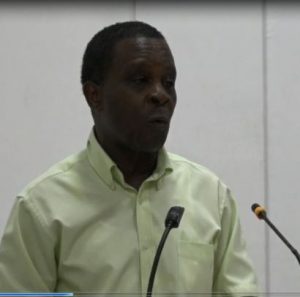 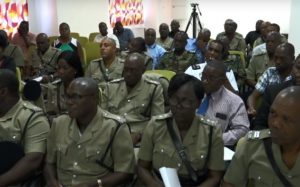