PetroCaribe is an energy co-operation agreement that was initiated by the Government of Venezuela to provide a preferential payment arrangement for petroleum and petroleum products to some Caribbean and Latin American countries.

The organisation was established on June 29, 2005 when the agreement was signed by 14 Caribbean countries, including Grenada, during the first energy summit of Caribbean heads of government in the city of Puerto La Cruz in eastern Venezuela.

The payment system allows for participating nations to buy oil at market value with only a portion of the cost being paid upfront, with the remainder to be paid through a 25-year financing agreement at one per cent interest.

He says with all the sanctions against the South American country, they can’t send any products and as such Grenada can’t pay them right now.

Until there is a settlement in Venezuela, Dr. Mitchell says Grenada can’t even service the debt to Petro Caribe.

He says for the moment Grenada is getting petroleum products from SOL, an independent producer. 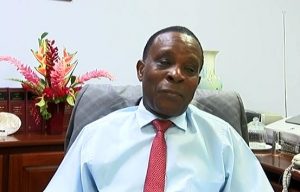