The Public Workers Union is in agreement with statements made by the Prime Minister over who is accountable in the Cellphone scandal.

The reality however on flagging government concerns, according to the union, has consequences.

His expressed view is that the buck stops with senior administrative officials, a view also shared by the PWU at Monday’s press briefing.

The Prime Minister Dr Keith Mitchell, in responding to public call for Government to take responsibility for the recent cellphone scandal, says he was the one who unearthed the information.

He said he got a ‘wire’ that something was amiss and requested a copy of the bills to investigate.

Dr. Mitchell says this should not be so, as the overall responsibility of managing the affairs of the Ministry lies with the Permanent Secretaries.

“It is the permanent secretary and the accounting officers and I always keep telling public officers you have the responsibility if you see a Minister doing something.. you have a right… even if it’s the Prime Minister to put it.. Stop It! And expose him or her. Don’t be afraid, they can’t do anything! No politician can touch you for doing your work in protecting the tax payers, because he would be a dead politician when it goes out there. But you don’t say because the person is close to the minister or close to the Prime Minister you don’t do it, wrong is wrong!” The Prime Minister emphatically told Grenadians in the Diaspora.

Government says it has now undertaken a review on the cost of cellphone use by ministers and all other persons with government assigned numbers.

Some blame has also been leveled at service provider, Digicel.

The Prime Minister says there was an arrangement, which was not adhered to.

“We sat with them and agree that there is a limit that you should not allow. So I want to know how come somebody, not those in government alone, somebody who is not in government, bills could be running thousands of dollars when in fact we supposed to have a max… so why didn’t you report it?”

Meanwhile Public Relations Officer of the PWU, Daisy Hazzard, says there’s only so much a public servant can do.

Alluding to victimization within the service, she says there are consequences for holding ministers accountable. 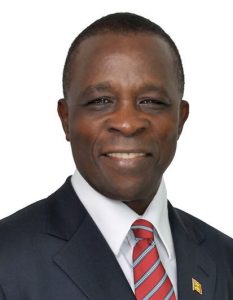 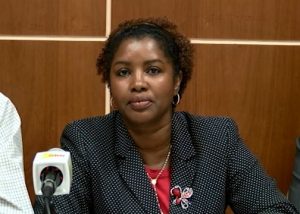