The Drug Squad of the Royal Grenada Police Force has come in for high praise from Prime Minister and Minister for National Security, Dr. the Right Honourable Keith Mitchell.

At a special meeting with the officers this week, Dr. Mitchell said, “I must commend you for the excellent work you have been doing. The impact of your work goes beyond fighting crime, it has implications for economic activity in the country.”

Dr. Mitchell explained, “Investors are influenced by the peace and stability of the places in which they choose to invest. Therefore, the fact that Grenada continues to enjoy a peaceful and stable climate, increases the potential for sustained interest by investors.”

The Prime Minister and Minister for National Security also commented on the integrity of the officers. He said, “There is a widely held view that the level of drug and criminal activity in a country has a direct correlation with the integrity of the police force. The perception
is that where there is a lot of criminal activity, specifically a high incidence of drug trafficking, there is corruption in that country’s police force. We cannot escape that perception, it is the harsh reality.”

Dr. Mitchell further stated, “The fact that Grenada is seen as having one of the better police forces in the region is a clear indication of the integrity of our officers and again, I must commend you for maintaining that positive image. I feel quite proud when colleague
Prime Ministers in the region ask how we are able to maintain a relatively low crime rate. I encourage you to continue the excellent performance.” 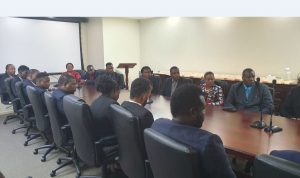 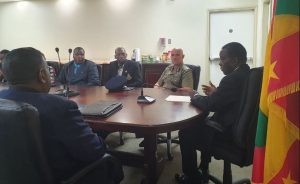