Opposition leader Tobias Clement believes that all is not settled when it comes to the guidelines to be adhered to for the reopening of churches.

During an interview with GBN on Thursday, Clement said leaders said some of the finalized guidelines were not in line with their teachings.

He asked the question, who is thinking and what are they thinking at the time? he says it appears that they sit down and write a document almost like a mandate as to how the church should behave. clement adds that the simple thing that  they should do is meet with church leaders and let church leaders iron out the direction they wants to go.

The opposition leader said that the religious bodies are concerned about the safety of their members to have final agreement on the finalized guidelines for reopening of churches.

In a recent interview on GBN’s To the Point programme with Host Blossom Alexis-Welsh, Education and Information Minister Emmalin Pierre said the guidelines are in the interest of everyone.

Minister Pierre says every church may not be able to be reflected in one document. If some of what is in the document applies to you it applies if it does not then it does not apply. 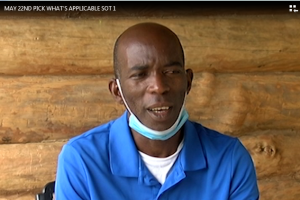 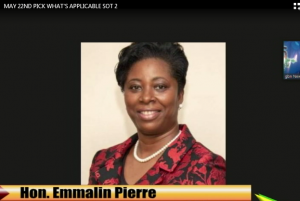 MARRIAGE LICENSE TO BE ISSUED