17 students were involved in the incident. The other 16 were treated for various injuries and sent home.

The students from the New Life Organization were on route to St. George’s, when the bus in which they were travelling reportedly lost control and plunged into a nearby drain.

A school official, Lorna Douglas, on Monday told GBN follow-ups will be done to ensure students are properly recovered both mentally and physically before returning to school.

Douglas says two students braving their sick leave came out to school on Monday, but had to return home when pain set in.

School instructors are also dealing with other students, who were traumatized by the incident.

A spiritual session was held at the school on Monday morning.

Douglas is thankful to God no life was lost and despite injuries, all students are safe.

Some of the students in Friday’s accident were into their first six weeks at the institution.

Many were part of the adolescent development program and others into the technical aspect of their training.

The driver of the bus on Friday tried to convince GBN that speed was not a factor. He blamed the incident on gravel in the road. 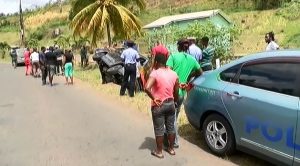 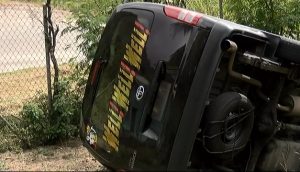