The Programme for Adolescent Mothers (PAM) will be temporarily closed.

Closure of the institution was announced by Education Minister, Hon. Emmalin Pierre on Tuesday.

PAM was established in 1994, for the purposes of catering to the educational and psyco-social needs of young mothers.

However in recent times issues of financial irregularities surfaced, leading to an ongoing court matter to determine the future of the non-governmental institution.

On Tuesday, Minister Pierre says the concern is for the well-being of the students.

“As a result of our children and their well-being, the Government took a decision that it will make arrangement s for every student enrolled at PAM, to attend other institutions or other programmes according to their choice.”

Students on Monday, at the opening of the new school term, reported to the Mt.Parnassus based institution.

Now they will be re-assigned to educational institutions across the island.

Minister Pierre added that special support systems have been put in place for each student.

“Every student will be taken care of. In Addition to this there will be other support through the Ministry of Social Development, as they are playing the lead role in that regard.”

Meanwhile a gag order has been placed on board members by the court, pending the outcome of the court’s decision.

Government says it has also taken a decision to discontinue its subvention of 240-thousand dollars, so all matters can be resolved and a way forward chartered.

A Special committee has been appointed to make recommendations on the school’s future.

It comprises representatives from the Ministries of Education, Social Development and Legal Affairs, as well as the Grenada Coalition on the Rights of the Child and the Grenada National Organization of Women. 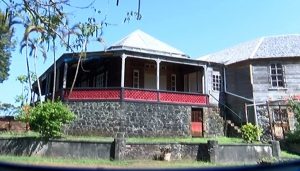 Schools Supervisors To Be Appointed