Issues of financial irregularities at the Programme for Adolescent Mothers (pam), has brought about intervention from government.

The issue of financial irregularities at the Programme for Adolescent Mothers (PAM) is said to have existed for some time, but became more vexing, when students were unable to receive financial assistance from the school.

GBN newsroom further learnt that this in turn affected students’ ability to complete SBA’s and other exams.

On March 12th, the former board was voted out and replaced. However one member of the new executive confirmed to GBN the members of the old board sought legal intervention, as they termed the appointment of a new board as “illegal and void”.

GBN News was further informed that the lawyer representing those members requested that another election be held, for the appointment of a new board.

A meeting was scheduled for last Thursday; however our newsroom further learnt that this did not take place, as members of the new board refused to attend the meeting.

The recent developments have seen the intervention of the Minister of Education Pamela Moses and the Ministry of Legal Affairs, in finding a resolution for the PAM scenario.

Moses confirmed to GBN that an audit is being carried out and that a report should be available soon.

We recently spoke to Social Development Minister Delma Thomas who says while the institution is no longer the responsibility of Government; they are looking into the situation.

The Programme for Adolescent Mothers (P.A.M.) opened its doors to the first group of young women in 1995.

At present it is receiving funding from varying agencies, while staff is paid by the Ministry of Education. 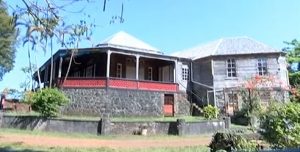 14 Seafarers from Carriacou and Petite Martinique engaged in STCW Training