PAM Back in Operation

Cabinet has rescinded its decision to allow pregnant or teenage mothers to be reintegrated into secondary schools.

This was confirmed by Social Development Minister Delma Thomas.

Classes at the Programme for Adolescent Mothers (PAM)  in Mt Parnassus, St. George, will continue.

Following some disagreements among PAM’s board of directors earlier this year, cabinet had taken a decision to re-assign the students to other schools and educational institutions and close PAM pending the outcome of an inquiry.

However Minister Thomas in an exclusive interview with GBN, explained government’s decision initially was to ensure the girls’ continued education.

However following a meeting with the students, some concerns were expressed.

“We realized we are a small nation. While for some it may not be an issue to reintegrate, there were concerns by parents and some of the girls,” the minister said.

Minister Thomas said that one child was reintegrated into a school while the others remain at the Programme for Adolescent Mothers.

A long term committee will be established to cater to the future of the girls.

At present government is providing all that is needed for the students at PAM, which includes care for the babies, money and food. 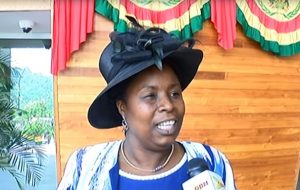