The Grenada Olympic Committee is denying any wrongdoing or malfeasance within the organization which was reported in a local newspaper.

Two days after three members of the board of directors resigned, it was reported that almost half a million dollars is unaccounted for within the governing body for sports in Grenada.

The Grenada Olympic Committee says the ongoing audit has unearthed no wrongdoing on the part of any member of the GOC but rather a lack of sufficient supporting documentation.

In a press statement on Tuesday, the committee says it is confident that once the audit is complete, it will uncover no malfeasance on the part of the GOC.

According to the release, an internal audit of the Olympic Solidarity programs of the International Olympic Committee of the GOC for the period 2013 to 2016 is ongoing.

A local media reported over the weekend that close to half a million dollars were unaccounted for amidst the resignation of three board members.

GBN got its hands on a copy of a letter signed by Dr. Jane Noel and Ms. Peron Johnson which was addressed to the national associations, notifying the organizations that effective February 25th; they together with Mrs. Anya Chow Chung have resigned.

They noted recent events at the board level have made it challenging to execute their duties effectively.

In the GOC’s statement on Tuesday and I quote “The President and other members of the GOC regret that members of the Board of Directors, some of whom joined the Board subsequent to the period under review, have resigned.”

The GOC also promised that once the audit is completed, any aspects of the outcome that are of public interest will be publicised. 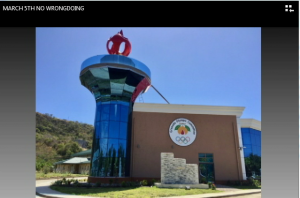