A new political symbol was approved and inserted under the representation of the people act in parliament on Tuesday.

The symbol, the Osprey Bird will be aligned with the political party “POWER” which is expected to be partaking in the next general election. 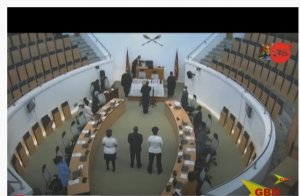