A new deadline has been given for the opening of the civil and criminal courts at the Clico building.

Two previously announced dates fell through, as according to the project manager, specific requests from assigned judges and court administrators had to be accommodated.

GBN on Tuesday had its first view of the retrofitted facility, where work on the civil court is completed.

All that’s left to be done is the installation of the required furniture and equipment, according to Project Manager, attached to the Ministry of Infrastructure Development, Donnel Mitchell.

The criminal court however he says is somewhat behind schedule.

These courts are much larger in size, due to accommodations which have to be made for prisoner, judges, court staff, lawyers, jury and witness box.

Another area which caused a set-back, according to the Project Manager, was requirement for a larger holding cell, which has been upgraded to house ten persons at once.

In January, the local Bar Association had staged a brief protest on the grounds of the Supreme Court Registry, to express concern over government’s failure to keep to its promise to provide proper court facilities by end of December 2018.

The upgraded facility is expected to serve the legal fraternity for the next few years, until a permanent Halls of Justice can be built. 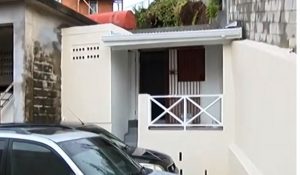 Third Round Talks Between Government and Unions Stall