NDC AGAINST THE REST

A current mainstay in the political spectrum, the National Democratic Congress, is also preparing for the next general elections due in 2023.

However, there are more opponents with the return of G.U.L.P and the pending birth of T.G.M.

The lingering doubts as to NDC being a coherent, well-organized opposition were also addressed during Monday’s beyond the headlines program. 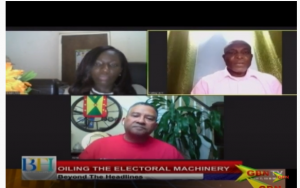 THE REBIRTH OF G U L P