Two tropical storms were formed before the official start of the Atlantic hurricane season which begins on Monday June 1st.

An above-normal hurricane season is expected this year, that’s according to forecasters with the National Oceanic and Atmospheric Administration Climate Prediction Center.

With sixteen named storms predicted for the  2020 Atlantic hurricane season , researchers expect eight to become hurricanes and four to reach major hurricane strength (category 3-4-5) with sustained winds of 111 miles per hour or greater.

As we enter the hurricane season, the National Disaster Management Agency will now have to incorporate covid-19 as an aspect of their preparedness plan.

Speaking to Acting disaster coordinator Sylvan Mc Intyre he says Covid-19 has given the agency the opportunity to look at what consideration must be given to facilitate physical distancing which tied into their shelter inspection. Shelter inspections are about seventy percent complete, Mc Intyre says.

Shelter inspection has already began Mc Intyre says and that includes looking at additional space for isolation, also looking for places where was and sanitization stations can be set up. He said they are used to be guided by a standard operating procedure for all shelters, but now faced with covid-19, additional aspects specific to covid -19 had to be incorporated.

The disaster coordinator spoke of some of the shelters that fell under the Canada Caribbean Disaster Mitigation Fund that were down for retrofitting, and where they are at.

Mc Intyre says the project has since expired, however they have retrofitted a number of shelters under this project. He says there are a number of facilities they need to do additional work on, so as the inspection process unfold there would identify them and make them more user friendly for persons living with disability and for the elderly. The disaster coordinator reiterates that what is available are emergency shelters and not hurricane shelters, that should be in a state of readiness  throughout the year to accommodate persons in case of an emergency.

The disaster coordinator re-emphasised the need for families, sectors to do their own preparedness on a national level which includes doing reviewing of their disaster plans. 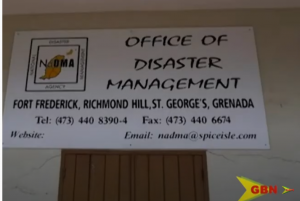 LESSONS LEARNED FOR BEYOND THE SURVIVAL OF COVID