A tale of being wrongfully accused or was it a case of a wolf in sheep’s clothing? In February veteran journalist Milton Coy was charged with one count of stealing.

Coy at that time denied the allegation leveled against him noting to GBN in an interview days after he was charged that he was prepared to defend himself in court. 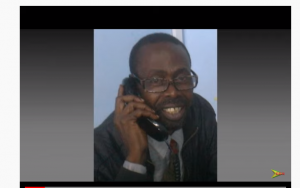