The Media Workers Association of Grenada (MWAG) announces the staging of the 11th annual media awards ceremony on Saturday 10th, December at a venue to be confirmed.

Two new categories have been added to the slate, “Targeting New Media and Talk Shows”.

The media awards this year will once again feature a “People’s Choice Award”, where media houses will be asked to participate in the short listing of its popular personalities.

Also, up for grabs is the prestigious “Anthony Jericho Greenidge” award, where a young and upcoming media worker will be honoured.

The call for entries has now been issued and practitioners have until Friday September 30th, 2022, to submit entries.

Awards will be presented to the winner in each category.

Media workers are advised that to be eligible for the awards, their status must be regularized with MWAG, through the customary annual fee of $60 per member.

More information on the awards will be rolled out in the coming weeks as part of MWAG’s Public Relations plan. 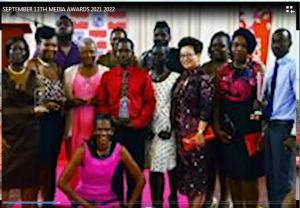