Governments’ plan to decriminalize marijuana in Grenada is well on the way. That’s according to minister for agriculture Peter David who believes that by mid-2021 legislation will be brought to parliament.

If legislation’s are tabled and approved in parliament by June 2021 Grenadians and Rastafarians will be able to plant and use a small quantity of Cannabis with no fear of being arrested. So says Minister for Agriculture Peter David who announced that a draft of some legislation was already developed for the decriminalisation of Marijuana in Grenada.

The minister is optimistic that once brought before the parliament the legislation will be approved as he explains that the reviews received so far have been in a positive light. 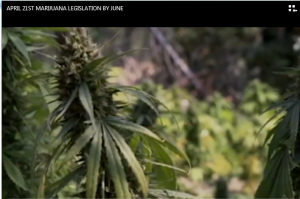