Marijuana Trafficking on the Rise

Marijuana cultivation is down, but trafficking of the controlled drug is on the rise.

Drug avoidance officers however are concerned that importation and trafficking of controlled drugs have spiraled for the same period.

He notes that Possession of Cannabis is recorded as one of the main offences leading to arrests and charges in recent years and quite a number of those arrests have been of females.

Statistics revealed that Marijuana use is accredited for the increased number of admissions to the Rathdune Unit,the psychiatric ward of the General Hospital, which is located in Mt. Gay, St. George.

GRENDEN is the local body responsible for providing information to the Multi- lateral evaluation mechanism (MEM) to evaluate the drug programs in its 34 member states. 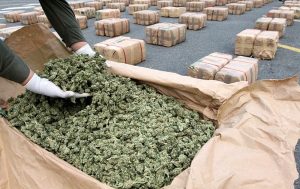