The New Life Organization (NEWLO) was handed over the keys to the Maria Holder Hospitality Centre, following the completion of the second phase of the construction of the ground floor of the Centre on Thursday March 14, 2019.

Mrs. Jane Armstrong from the Maria Holder Memorial Trust, Mr. Mark Maguire from Cooper Kauffman Consultancy Ltd, Representatives from NEWLO, Barry’s Engineering and DMJ Construction were present at the Centre at Palmiste, to witness to short handing over ceremony.

The second phase of the project included the construction of the following:

The contract administrator for the project was Cooper Kauffman Consultancy Ltd; the structural engineering was provided by Barry’s Engineering Company Ltd.; and the general contractor was DMJ Construction Management.

About The Maria Holder Memorial Trust

The Maria Holder Memorial Trust, registered Charity No. 766 under the Charities Act of Barbados, is a Charity creating longevity. Founded by Christopher Holder and Chesterfield Brewster in memory of Christopher’s Mother, Maria Holder. Maria had made Barbados her home since 1978 until her sudden and untimely death in February 2004.  It is the wish of Christopher and Chesterfield to ensure that her vision is fulfilled through this Charity bearing her name.

The Trust works with Government and registered NGO’s and Charities in Barbados and some other Caribbean Countries (Antigua, BVI, Grenada and St Vincent) to implement projects that have a direct impact on the lives of vulnerable people.  The Trust works in the areas of Education, Health, Poverty Alleviation, Culture and Disaster Relief and its target groups are children, youth, the elderly and those in vulnerable or difficult circumstances.  The Trust is always happy to consider innovative projects or new approaches to helping those most in need. 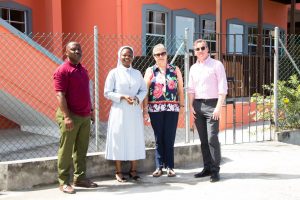 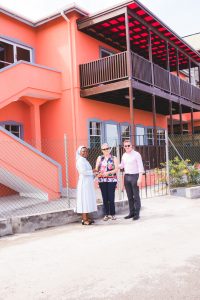 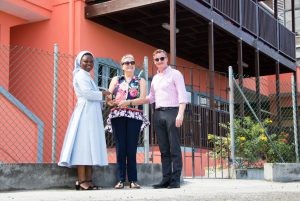