The National Insurance Scheme (NIS) says Grenada’s low birth rate and the size of the labor force are two factors currently affecting the sustainability of the scheme.

In a bid to convince the populace to buy into recommendations made in the ninth actuarial review, the NIS is conducting a series of consultations across Grenada, all aimed at increasing the pension age and raising contributions.

On Wednesday, the people of the parish of St. John got an opportunity to listen to presentations and give feedback.

According to Director of the N.I.S Dorset Cromwell, Grenada is far behind in implementing sustainable measures to keep the N.I.S afloat.

Addressing the gathering at the St. John’s Anglican School, Cromwell says at the moment, there are key factors affecting the scheme. They include a low birth rate, the number of workers, migration and productivity.

He says most significant is that of Grenada’s low birth rate.

The scheme also boasts that its reserve grew from 4.1 million to 967 million in 2017, more than any financial institution.

However it says based on the 12 actuarial review, these gains will be short- term if some measures are not implemented.

The N.I.S says the report predicts that by 2022, total income would not be sufficient to cover expenditure and that by 2035 the reserve would drops to 0, if the recommendations are not implemented.

This they added would see a contribution rate of 22.5% which would then lead to a pay as you go fund.

The actuarial review summary is recommending an increase in the retirement age to 65 over 16 years and contribution rate to 2%.

Director Cindian St Bernard, in her presentation on NIS investments say contrary to belief, the Government does not owe the NIS and is in fact up to date on contributions.

The pensionable age would rise by one year every three years with the option to retire before the established time.

Where the early retirement option is taken, there would be a six percent cut in pension.

The NIS says following the consultations, they would then lean to Government for the final recommendations on the way forward. 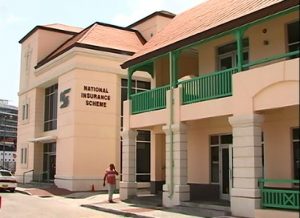 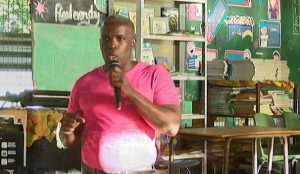