Police have confirmed that 47 year old Fetcher, a laborer of Korea, situated at Conference, St Andrew, died on Thursday evening, after receiving stab wounds to the chest, stomach and lower back.

The incident occurred in a field of cane, in close proximity to the dwelling house of Romain Sookram at about 8:45pm.

A police source added that the incident stemmed over an altercation between the decease and his girlfriend, where he assaulted her with a knife.

The accused, namely 39 year old Leslie Hitlall rushed to her assistance, where both men reportedly fought.

Hitlall is currently in custody assisting the police with their investigations.

Meanwhile, a cousin of the deceased spoke fondly about Fletcher, adding that the family is traumatized by the loss.

An autopsy report has been ordered to verify the cause of death. 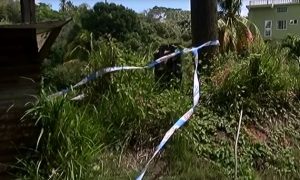