LOOKING AT THE FROC REPORT 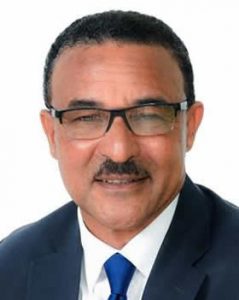 The Grenada Progressive Movement (GPM) says it is concerned about the most recent report from the Fiscal Responsibility Oversight Committee, FROC.

The GPM Political Leader, Terrence Forrester, says on reading the report, which was released last Friday, he has to call on government to be more fiscally responsible

The report revealed a number of issues that are causes for concern, he says, including the public sector debt to GDP ratio

FROC is scheduled to host a news conference during the first week of September to reveal the findings in the report to members of the media.