Launch of Spicemas 2019 pushed back by one week

Spicemas 2019 will launch one week later than initially planned.

April 27th was the initial decided date for carnival launch, which opens the season for the highly anticipated spicemas 2019.

However Spicemas Corporation has reconsidered the date as it will be clashing with two national events.

Meanwhile, Jacob said the Dimanche Gras competition is dying and as a result is seeking the public and other stakeholders’ opinions on an intended merger between the groovy and calypso competitions.

“The plan is to have the calpyso artiste go up to the semifinals with their two songs and then they would choose one song to go into the finals for Dimanche Gras. So that in itself would facilitate the groovy merging so it would wouldnt lengthen Dimanche Gras Show”.

He says right now it’s just a thought and not a decision and public feedback is being sought.

A poll will also be conducted on the Spicemas Corporation’s facebook page, to get the views from nationals home and abroad. 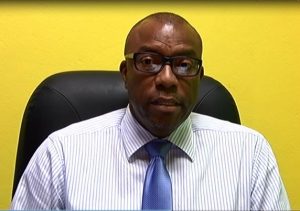