Fishermen of Gouyave are calling  for transparency, accountability and good governance.

They complain of inappropriate handling of funds.

Fisherman Desmond Gill has been plying the fishing trade for more than thirty years and an elected member of the Gouyave Fisherman Co-operative Society former.

The members are not treated fairly he says. Complaints were made to the department of cooperatives but still no one came to their rescue.

According to the constitution that governs cooperatives, an election should be held annually however none has taken place for the past year.

Sanderson  another fisherman is however thankful for the three days allowing them to conduct their fishing, however he wants the police to play a more active role in putting order at their point of sale.

GBN reached out to the president of the association, who said as far as he knows there are no existing problems within the organization. 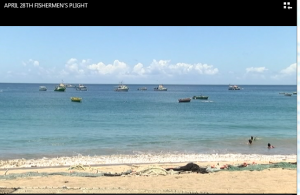