A 12 year old dispute over severance pay between La Source Hotel and workers has finally been settled.

At a press conference on Friday called by the Technical and Allied Workers Union, who has been pressing workers claim in the matter, the matter, which was before the court, was eventually settle out of court.

“The Grenada Technical and Allied Workers Union is pleased to announce, that the long outstanding dispute of severance pay between La Source Hotel and the workers who signed onto take this matter to court, following the passage of hurricane Ivan, has now been resolved,” President General of TAWU announced on Friday.

According to Bert Paterson, TAWU’s General Secretary, workers of the then La Source Hotel were dismissed shortly after the passage of hurricane Ivan in 2004, with word that they were entitled to no form of settlement.

Some of the claims included overtime, holiday pay, severance pay, incentives and other benefits.

In December of 2004 a part payment was made for most claims, with the exception of severance pay, which prompted a Court matter.

“From 2007 to now, which is about 12 years the matter has festered at the courts. I must say that the union has criticized the Court system before, because these matters take too long. In fact I can report that several of the workers have died and this matter has just been settled… and it has been settled not from a ruling of the court, but it has been settled as an out of court settlement.”

He said a sum was offered for settlement back in 2013, which the workers did not accept.

This dispute he further emphasized has been between the workers and the owners of the then La Source hotel and not Sandals.

President Andre Lewis says that a list will be published with the names of the workers who are entitled to the settlement.

“The workers should await further instruction and directives from the union. We would let them know within one week as to when they should come, who should come… But who should come are the people who signed to take the matter to court.”

For those who have transitioned, arrangements he said would be made through the court to determine which family member is entitled to the payment. 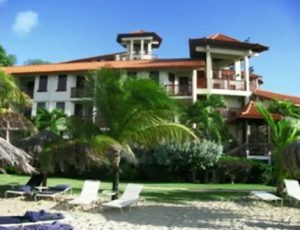 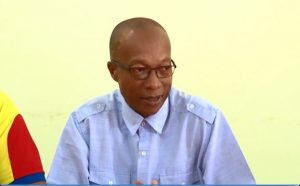