It’s not often that a media entity puts itself in the news however the Grenada broadcasting network is compelled to defend itself after being accused publicly of trespassing on the range hotel project in La Sagesse St. David.

Development partner of Range Developers Kamal Shehada has launched a scathing attack on the Grenada Broadcasting Network, accusing the media house of entering the property at La Sagesse St. David without granted authorization.

In addition the developer threatened the GBN with legal action; all of this went down on the GBN‘s Beyond the Headlines Monday night with host Mrs. Odette Campbell.

It is unfortunate that GBN is being portrayed as breaking the rules, since the entity at most, is guided by principles of thorough, fair, and balanced reporting, going through the various channels necessary.

(On February 17th our team visited the office on-site to seek permission to take shots of the project in progress and to conduct an interview with any of the officials in charge.

A cell number was given for one of the individuals who were not on-site at the time. That person was contacted but informed that we spoke to Kamal instead and so he handed the phone to Kamal.

Kamal did give permission to take videos stating that he will call someone on-site to provide us with protective gear to tour the site, which included hard hats etc.

He advised that the interview be done at his private residence at Lance Aux Epines later that day, which was also done. His contact information and location were sent to our team.)

These are just one of many challenges media workers face daily. 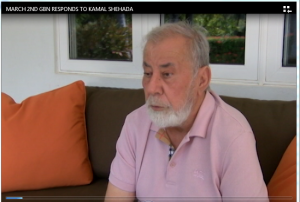