After much deliberation on Tuesday, a 12-member jury found 19-year-old Twely Joseph of Grand Anse St. George guilty of Capital Murder in the death of 8-year-old Ariel Bolah of Frequente, St George.

The body of Ariel was discovered in the Frequente area after family and friends went in search for her after they realized she did not come home after school.

The gruesome discovery left family, friends and the entire state of Grenada in shock as police subsequently detained the teenager in relations with her death.  Joseph is expected to be sentenced on 31 January 2020. 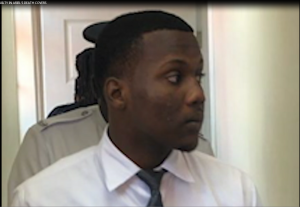