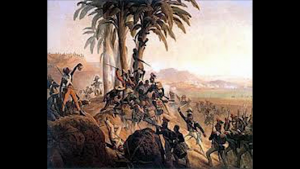 The night of August 22ND to 23RD 1791, in Santo Domingo, marked the beginning of the uprising that would play a crucial role in the abolition of the transatlantic slave trade.

In August 1998, the first commemoration of the International Day for the Remembrance of the Slave Trade and its Abolition was commemorated in Haiti, and since then, there has been an event to mark the occasion each year.

This Day is intended to inscribe the tragedy of the slave trade in the memory of all peoples.

On Friday, UNESCO, an international organization, charged with engendering Peace and the upholding of the Declaration of Human Rights, partnered with the Grenada National Museum to unveil a commemorative banner.

The celebration of the abolition of slavery is also significant, UNESCO says, as it falls within the period THAT the UN General Assembly, proclaimed the International Decade for People of African Descent (2015-2024).

Additionally, on Friday, Glasgow University announced that it will pay 20 million pounds in reparations to atone for its historical links to the transatlantic slave trade in what the University of West Indies has described as a “bold, historic” move.

Glasgow University discovered last year, that it had benefited financially from Scottish slave traders in the 18th and 19th centuries, by 16.7m pounds ..198m pounds in today’s money.

In what is thought to be the first attempt by a British university to set up a programme of restorative justice, it has pledged to raise 20 million pounds for the center, chiefly in research grants and gifts.

Figures from U.S research say there are over 45 million slaves worldwide today – more than ever before in human history