Online reports from the UK say coroners are probing government’s hostile environment policy at a series of inquests beginning tomorrow.

Bristol, who lived in London for half a century, after leaving Grenada at the age of eight, was 58 when he collapsed on a London street last March, after an 18-month battle with UK Home Office to prove he was settled in Britain.

During Theresa May’s tenure as home secretary, Bristol was forced to prove he had resided continuously in the UK as part of the Windrush generation and faced losing his council house, welfare benefits and, ultimately, deportation if he failed to do so.

The full circumstances leading up to his death will now be probed by senior coroner Mary Hassell at St Pancras coroner’s court.

This will be the second inquest into his death, after the findings of an earlier coroner were quashed, following a judicial review brought by the family.

The first coroner refused to hear evidence from an independent cardiologist on how the stress involved in proving his settled status had contributed to Bristol suffering cardiac arrest. 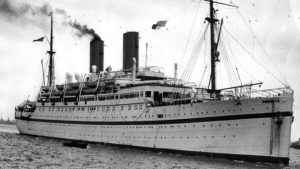 Aid For The Hearing Impaired