During this week leading up to Grenada’s 47th anniversary of independence on February 7th, every day the GBN will highlight one aspect of our independence and its history.

Tonight we focus on the nutmeg which represents the reputation as the isle of spice and its traditional link with the economy. 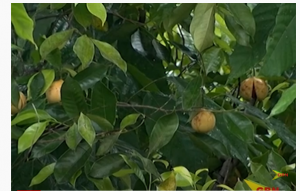 THE NEED TO COLLABORATE FOR EDUCATION