It was a close run for the top four finalists in the independence calypso competition Friday night, with seven points separating them; however, Sean Niles was crowned on the night.

For the first time, patrons had no choice but to view the competition via virtual means. 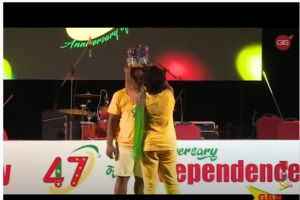 A CALL TO ESTABLISH A SOCIAL FUND