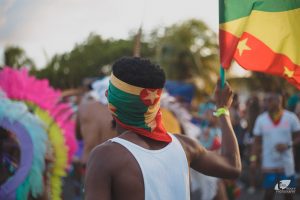 There was an increase of 7 point 7 percent in visitor arrivals for Spicemas 2019, bringing the total arrivals to 13 thousand 327, compared to just over 12 thousand visitors last year.

These numbers were revealed by the Grenada Tourism Authority in a news release on Friday, which stated that this figure is a measure of the visitors and diaspora arriving in Grenada, prior to Carnival Monday.

Of the 13 thousand 327 stayover visitors, 10 thousand 505 were tourists and almost 3 thousand were Grenadians residing abroad.

This year’s growth, the news release said,s is attributed to additional airlift including 3 extra flights from LIAT, increased marketing and the global recognition of Grenada’s artistes, culture and music.

The best performing markets for Spicemas 2019 were US nationals, which accounted for 21% of visitors, while there were almost 2-thousand from Trinidad & Tobago.