The Ministry of Agriculture has sought to clarify reports of unfairness within the grant funded Agricom project, which was launched two years ago.

It has been experiencing problems as a result of having to operate concurrently with St Vincent and the Grenadines, who is Grenada’s development partner for the project.

St Vincent who has been lagging behind is now abreast with Grenada.

According to the agriculture minister Yolande Bain-Horsford, they are now poised to take advantage of the 10.8 million dollar project.

She believes it is a case of misunderstanding of how the Agricom Project operates.

September 30th was the deadline for the submission of proposals whereby clusters of farmers, agro processors and fisher folk could take advantage of grant funding and training.

The agriculture minister says 22 proposals have been received, which will be evaluated during the month of October.

Chief agricultural officer Daniel Lewis added that the project is being funded by the World Bank, who enforces the rules of compliance.

After selection, Minister Bain-Horsford says the implementation of the business plans will be in the first quarter of 2020. 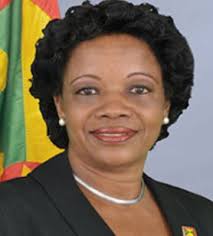