A meeting with Venezuelan government officials has confirmed that the sanctions imposed by the United States will impact the Petro Caribe agreement.

Venezuelan foreign affairs minister Raul Licausi says Caribbean countries without a refinery will be negatively affected, as the US has stopped exporting the mixing agent for refining crude oil in its final product.

The Venezuelan government minister says CARICOM governments have maintained their end of the bargain of the Petro Caribe agreement.

Responding to a question posed by GBN’s Cherrian Blackman Stephen, one of 11 Caribbean journalists in Venezuela, the foreign affairs minister referencing the LPG plant constructed in Grenada, says Venezuela is being compensated under the deal.

The agreement allows for Caribbean countries bounded by the deal to receive petroleum products, paying only 40% of the total within a three month period. The remaining 60% is to be paid over a 25 year period financing agreement.

While admitting that the Petro Caribe DEAL is being affected by the sanctions imposed by the United States, the official says the Venezuelan government will continue to maintain the program and their side of the agreement. 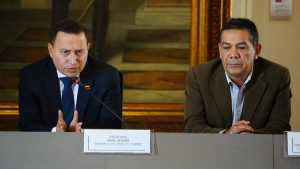 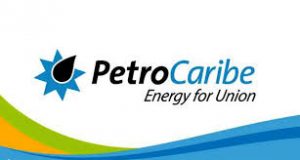