A two week deadline for the implementation of a Health Chat Room is six months later still on a waiting list of ideas to be rolled out by the Ministry of Health.

Health minister Nickolas Steele told the media during Tuesday’s post cabinet brief that the chat room has been placed on the backburner of priorities.

The health ministry is seeking to coordinate the chatroom with the electronic medical records and other health care facilities on an online platform.

Highlighting on two recent incidents in which the ability to respond was tested; Steele says there remain areas where the ministry of health can improve in terms of interacting with the public.

He says the focus is on establishing the central dispatch for ambulances and other services which will create a focal point for ambulances, police and fire.

Grenadians would be able to call one central number instead of individual locations.

Budgetary constraints are the hindrances to the implementation, although according to the Minister the central dispatch is ready for installation.

Once finances allow, he says the central dispatch service should be rolled out by year end or the first quarter of 2020. 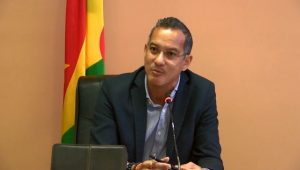