After months of investigation, police have arrested, charged, and cautioned Shane Ann Ambrose, a 24-year-old national of Nonso, New Amsterdam, Berbice, Guyana, who resided at Simon, St. Andrew, for the offence of non-capital murder in connection with the death of Clifford Marshall. 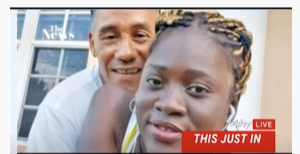 NDC READY FOR CONVENTION THIS WEEKEND