The Grenada tourism authority launched its latest campaign ‘Grenada rocks’ which puts the storytelling of the tri-island destination’s authenticity and wonders in the hands of the experts, the beloved Grenadian people

The campaign ‘Grenada Rocks’, launched on Monday, March 1st,  introduces a cast of Grenadians on island and in the Diaspora, who speak of how Grenada, Carriacou, and Petite Martinique ‘rocks’ as a nation with diverse experiences.

The first phase of the campaign features recording artist Jevaughn John ‘V’ghn. Here’s a snippet of his story.

The Tourism Authority says ‘Grenada Rocks’ is only possible because of the contributions, hard work, and love of the Grenadian people, and the authority looks forward to the campaign being a global success.

The GTA will release its series of videos in the coming weeks and encourages everyone to share the campaign videos, as well as their personal ‘Grenada stories’ using the hashtag #GrenadaRocks. 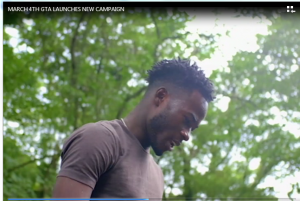