Questions are still being asked in relation to the repurchasing of grenlec’s shares by the government of Grenada. in particular, the minds of the Grenadian public have not been put to rest regarding the subject of how the government acquired 63 million us dollars to pay for the shares.

During the government’s press conference in December, minister of finance Gregory Bowen said parliament approval was not necessary since the money was reallocated from other capital projects to repurchase the shares…

However, in Monday’s beyond the headlines program which examined the grenlec repurchasing,attorney and former attorney general Cajeton Hood said the reallocation of capital funds without the approval of parliament is not possible and is unconstitutional…

As it relates to the supplementary appropriation act, grenada’s constitution states:

If in respect of any financial year it is found:

that the amount appropriated by the Appropriation law to any purpose is insufficient or that a need has arisen for expenditure for a purpose to which no amount has been appropriated by that law, a supplementary estimate, showing the sums required or spent, shall be laid before the House of Representatives and, when the supplementary estimate has been approved by the House, a supplementary Appropriation bill shall be introduced in the House providing for the issue of such sums from the Consolidated Fund and appropriating them to the purposes specified 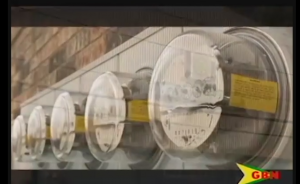