Considerations are being given to reducing the non-fuel charge as Grenadians continue to cry out in frustration against what many have called a spike in their electricity bills.

While government is pointing to the fuel service charge and increased usage by consumers as the rationale for such increases, acting general manager Clive Hosten responding to the media says that GRENLEC is working with the regulator to address consumers’ concerns. 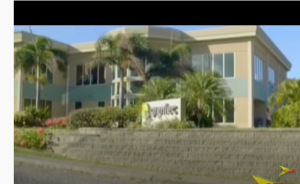