Two Grenadians are among lead consultants in the largest Human Trafficking consultancy in the CARICOM/CARIFORUM Region.

The U.S. Department of State has listed human trafficking as a significant issue and notes that it’s an international challenge which places at least 20.9 to 27.1 million individuals in modern-day slavery. According to the latest human trafficking report (2019) of the U.S. Department of State, human trafficking is the fastest growing organized criminal enterprise in the world.  Despite these statistics there is an understanding that given the nature of the industry the true expanse of this industry remains unknown. This is due to the fact that there is difficulty in obtaining accurate statistics as a result of lack of accurate reporting   from, government agencies, victims, and non-governmental organisations.

In an attempt to grapple with the global challenge of human trafficking the CARICOM Secretariat in Georgetown, July 26, 2019, https://today.caricom.org/2019/07/29/cariforum-embarks-on-critical-human-trafficking-study/  issued  a press release indicating its readiness to undertake  one of the largest consultancy to study Human Trafficking and its  effects. . In a competitive field of applicants, the firm of Dunn Pierre Barnett and company limited was awarded the contract to conduct a comprehensive study on Human Trafficking in the CARICOM region.  The countries which are included in the study are Antigua and Barbuda, The Bahamas, Barbados, Belize, Dominica, Dominican Republic Grenada, Guyana, Haiti, Jamaica, Montserrat, Saint Lucia, St. Kitts and Nevis, St. Vincent and the Grenadines, Suriname and Trinidad and Tobago.  The study is expected to provide a greater understanding of the problem not only within each nation state but also transnationally.

Two Grenadians are among the top leading investigators on this significant project, namely, Dr. Justine C.  Pierre the Demographer, Migration and Labour Market Consultant (originally from Fontenoy,) and Dr. Ezra Matthias the researcher and policy analyst (originally from Belmont).  The other lead consultants include are Dr. Victoria Knox from the University of London Department of Force Migration and Refugee Studies and Dr. Ninna Sorensen form the Danish Institute of International Studies.

The study began on 19 July 2019 and when completed will inform the methods that will be used to design interventions which are evidence-based and consistent with best practices in anti-trafficking including, prevention, protection and prosecution.  It is hoped that the research will also provide useful information on, types, patterns and routes of trafficking; profiles of trafficked persons, and vulnerability factors for trafficking; border and law enforcement issues and information about the traffickers; and anti-trafficking efforts currently being undertaken. It will also examine anti-trafficking efforts of international organisations and civil society within the region.

In Grenada, the Grenada Human Rights Organisation (GHRO) Inc – a local advocacy movement, is also seeking to create awareness about scourge of the human trafficking trade through a series of seminars and workshops on mainland Grenada as well as in Carriacou on August 24th and 31st respectively. According to President of GHRO Inc Mr. Milton Coy, these workshops are to design a public awareness and education plan so as to help members of society, understand what it is and how to respond to reports of human trafficking and the related ills that go along with it.

The capacity building seminar will engage and empower members of civil society and non-government organisations and individuals with interests in combating human trafficking. The theme is “Combating human trafficking: The challenges Ahead”. Presentations will be made by Dr. Justine C. Pierre, Mr. Robert Branch – Senior Legal Officer, Ministry of Legal Affairs, Mr. Milton Coy, Human Rights and Social Justice Advocate and updates on a national response within the obligations in the Organisation of American States (OAS) and United Nations (UN) systems. It is expected that the series of workshops will contribute to the study regarding data and awareness in the CARIFORUM region.

Dr. Pierre is well known in the Caribbean region having recently conducted (2017 to 2018) the Caribbean wide research project for the World Health Organisation (WHO) and the Pan-American Health organisation (PAHO) “on the Effects of Migration on the Public Health Sector in the region”.  http://www.jamaicaobserver.com/latestnews/PAHO_launches_new_study_on_migration_of_health_workers_in_the_Cbean?profile=1228    He was also the lead consultant for the Turks and Caicos National Skills Audit and Migration research project https://www.gov.uk/government/news/turks-and-caicos-post-cabinet-meeting-statement–7 . A few years ago Dr. Pierre was part of a team that completed the first Labour Market Needs Analysis in the OECS, and  was a team member which conducted the recent EU “Thematic Global Evaluation Survey” in the sectors of employment and social inclusion, including vocational training, in the countries of Chile, Jamaica, Kyrgyzstan, Morocco, Ukraine, South Africa, and Vietnam. 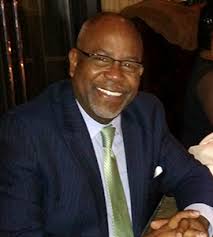 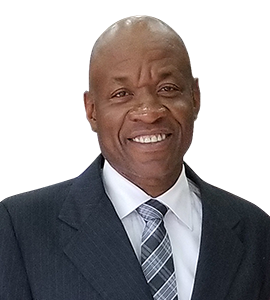