The incident occurred on Sunday in St. David.

He has been named as Vaughn Francis, 48 year old Landscaper from Perdmontemps St. David.

One person is in police custody assisting with investigation.

Preliminary investigations revealed that the 35 year old in police custody, was reportedly involved in an altercation with a sibling, which allegedly involved a violent act that resulted in the death of Vaughn.

Superintendent of Police Vannie Curwen spoke to our news desk on the country’s latest homicide. The officer said officers responded to a call in the Pedmontemps St. David area. on reaching the scene, they found the body of one Vaughn Francis unresponsive in his home.

According to information from the police, the district medical officer pronounced Francis dead at his residence.

An autopsy to confirm the cause of death is pending.  Police investigations continue.

Superintendent Curwen told GBN that no charge have been laid in the Mt Rose homicide which occurred in September. 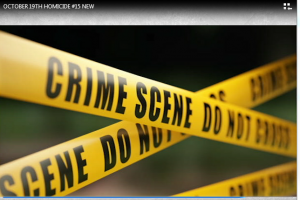