While boasting of being the only CARICOM country with a national schools policy on drugs, Grenada has taken it a step further by reviewing and developing its existing policy which was created in 2002.

Drug Control Officer at the Secretariat, Ministry of Education Dave Alexander says in 2015 they began a two and half year revision of the policy which was subsequently approved by cabinet.

Alexander says they are seeking to sensitize stakeholders of some of the changes made before the policy is launched in the coming weeks.

He says one of the major changes to the policy is that teachers must seek the permission of parents before administering medication to students who fall sick in school.

According to Alexander, parents now must also inform the school if their child is required to take any prescribed medicine.

The policy maintains that the sale, distribution, use and possession of alcohol, tobacco products and controlled drugs at school functions are not permitted.

Alexander impresses that continuous monitoring and evaluation will continue to play a pivotal role as it relates to curbing alcohol and drug abuse within the school system.

However he says the national schools policy on drugs does not contradict or reduce the responsibilities of the RGPF in making arrests for drug abuse crimes.

The age of criminal liability in Grenada is 12 years, whereby children 12 years and over could be arrested and charged for drug related or other offences. 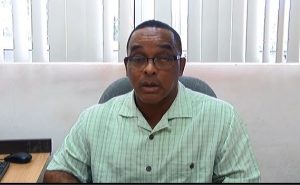