Zantac came under scrutiny after the US food and drug administration (FDA) announced it was investigating whether low levels of an impurity found in some of the drugs can pose a cancer risk.

According to a BBC report, some countries such as France and Canada have already announced recalls, while the US and the European Union are moving ahead steadfast with investigation.

In the US, pharmacies like CVS have stopped selling the popular heartburn medicine along with its generic version, out of an abundance of caution.

Grenada’s chief medical officer, doctor George Mitchell when contacted says he is aware of the recall and Grenada has begun its own investigations.

Dr. Mitchell says more information will be relayed once a decision is taken. 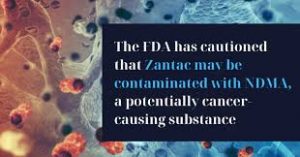 Cracking Down on Police Corruption