Canada has announced that Grenada is one of the territories that will benefit from its mobile biometrics programme.

This was confirmed on Wednesday by minister of Foreign Affairs Honourable Peter David.

According to Minister David, the details, including commencement and other logistical arrangements are yet to be worked out.

In the territories where mobile biometrics is approved, a Canadian team collects data from nationals on island, eliminating the expense of travel to the Canadian High Commission in Trinidad or other embassy locations. 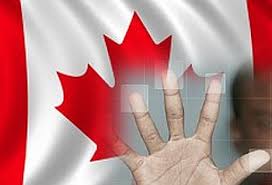