The press service of the ministry of foreign affairs of Ukraine stated that on Thursday September 26th, on the sidelines of the 74th session of the UN general assembly, foreign minister of Ukraine and foreign minister Peter David signed the joint communiqué on the establishment of diplomatic relations between the two countries.

The statement further noted that the ministers also agreed to sign an agreement on mutual abolition of visa requirements in the near future. 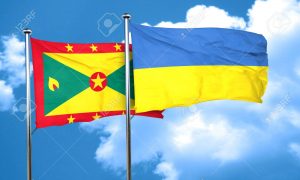