The uncertainty of the economic climate is the bases on what government is asking public sector unions to consider and defer any significant increase to recurrent expenditure.

In a release on Tuesday, government says despite the challenges, the public sector workforce was protected from wage cuts and loss of jobs.

It went on to explain why government is unable to pay the 4 percent. Government says it must have 13.2 million dollars to fund the recurrent personnel expenditure since it’s a permanent addition to the public sector wage bill. The government also highlights the comparison with the repurchase of the WRB shares in GRENLEC as ill-informed and willfully misleading. The release notes that government’s repurchase was a one-off as well as a revenue generating capital asset.

Furthermore, the release stated the funds used for the GRENLEC repurchase came from grants and soft loans which were intended for capital development and any deviation can jeopardize Grenada’s future eligibility for such funding.

The Public Workers and Technical and Allied Workers Unions said in a press statement that they will only defer wage increases of 4% for 2021 up to June 31, this year.

But there’s a caveat. (car-vee-att) If they agree to defer until June, it must be with 0.5% interest for each month that the increase is delayed.

They are also demanding that the full sum must be paid retroactively by the end of July this year.

In addition, the unions’ proposal is that docked salaries of workers due to strike action in September to December 2017 must be repaid in full no later than this month end.

The union leaders are also demanding that all contracted workers must be regularized and made permanent through the Public Service Commission by April 1.

However, in Tuesday’s release government responded that should Government agree to the terms of the Unions’ requests, it will deviate from exercising prudent fiscal management.

Government believes it is reasonable to ask to defer salary increases while finding it difficult to justify using scarce financial resources to fund a permanent increase in recurrent expenditure for workers whose jobs are secure.

Government also noted that it cannot project when it can pay the 2021 increase, based on the ongoing economic uncertainty while in the same breath reiterated the request for the deferral of salary increase for 2021. 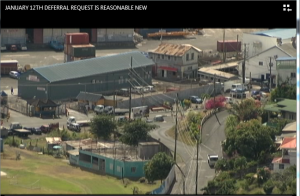