Grenada Invitational organizing committee has promised yet another spectacular event come April 13th, 2019 and is now moving ahead with plans to stage the games with government’s financial backing.

Minister for Information Dr. Winston Garraway has pledged government’s support towards the staging of the Grenada invitational by announcing that they will fund the meet for the next 3 years to the tune of 1.5 million dollars.

These local star athletes will be among regional peers, the likes of Akeem Bloomfield, world record holders Asafa Powell and Shelly-Ann Fraser-Pryce from Jamaica.

A strong contingent of athletes from the USA is also expected including Courtney Okolo and world #1 400 meter hurdler from Shamier Little.

Chairperson of the GIOC Karlene Purcell outlined the new pricing structure for tickets which she stated will be more affordable.

Grenada Invitational 2019 has been given a slight makeover, with the committee unveiling a new logo for the sporting event on Friday.

New Chairperson of the Grenada Invitational Organizing Committee, GIOC, Karlene Purcell, says the committee has cleared its debt required for the hosting of the games and is now in the process of a payment plan to clear all other outstanding debts.

Ms. Purcell, who took over following the resignation of former chairman Michael Bascombe, says the uncertainty surrounding the games have been lifted, as they went straight to work to resolve financial issues confronting the committee.

Former chairman of the GIOC Michael Bascombe ahead of the scheduled launch of the games in an email stated “While I have disassociated myself from the Grenada Invitational, I reserved rights to some of the trademarks of the Invitational and as such it should not be perceived that Michael Bascombe will not be part of International Track and Field meet in Grenada and the Caribbean in the future.”

When asked if the re-branding of the Grenada Invitational is linked to any trademark issues in connection to the committee’s former chairman, Ms. Purcell says its just all about re branding and a rebirth for the event.

The games will again be brought live on ESPN, and tickets will become available for purchase from Monday. 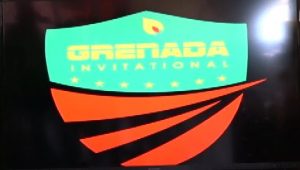