GNCRC Calls For End to Corporal Punishment of Children

Grenada National Coalition on the Rights of the child GNCRC is continuing advocacy for ending corporal punishment of children.

This as it has begun observation of April as the month for child abuse and awareness prevention.

A media brief was held on Monday, where advocacy personnel addressed the issue, explaining that in 2018, 628 cases of child abuse were recorded by the child protection authority.

Of that number, 107 were of a physical nature, including that of corporal punishment.

In the 2017 Summary of necessary legal reform to achieve full prohibition, under the global initiative to end corporal punishment, a number of recommendations were made.

It included removing from the 1958 criminal code, “justifiable force” for the purpose of “correction” of a child, Instead a recommendation for the repeal and prohibition of all corporal punishment in all settings.

Vice- chairperson of GNCRC, Ann Greaves says the issue needs to be addressed.

The issue of abolishing corporal punishment received mixed views from across sections of society, in the past. Those raised on the spare the rod, spoil the child mantra, believe that this will take away a means of disciplining a child.

Greaves says discipline is key, but it does not mean taking out anger and frustration on children, but finding other ways to correct children.

‘Violence is not the way’ she explained, adding that abused children tend to grow up being abusers.

The Child abuse and awareness prevention month will be celebrated under the theme “Time for action, stomp out child abuse”.

Among the activities will be community walkabouts and a Workshop for child care providers. 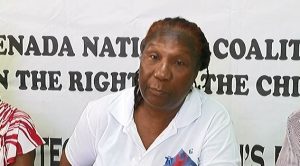