The St. George’s farmers market at the Kirani James athletics stadium car park by the early afternoon on Friday had already begun to resemble a ghost town.

According to ministry of agriculture officials, there were 13 vendors plying their trade during the morning period with most having sold all their produce and returned home.

It was a drastic increase from the estimated 4 vendors on Thursday and when the GBN crew finally made its rounds to the market, only three vendors were present from the hustle and bustle reported on Friday morning. 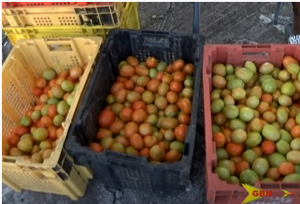 GOVERNMENT WILL NOT OWN GRENLEC